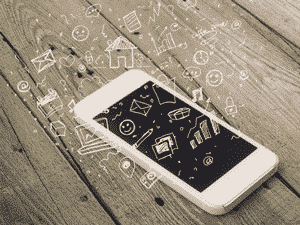 When it comes to accessing the mobile apps, which are taking their place among the indispensables of our lives, two platforms are the most prominent: Google Play, the app store for the Android OS, and the Apple’s App Store. For the apps that can find a place in these two important platforms, ASO (app store optimization) efforts play a significant role in rising among their competition.

On the other hand, with updates and improvements, Apple did a meaningful and quite unexpected change and almost entirely redesigned the App Store. Therefore, it is a pretty good idea for every iPhone and iPad app to reevaluate their ASO strategies. Here are the App Store updates that come with iOS 11 which will affect the ASO strategies…

Length of the app names

Previously, the limit for the names of apps that will be published on App Store was 50 characters. With the new iOS 11, the limit becomes 30 characters. Hence, finding the change to use keywords in an app name becomes harder and harder. Defining the keywords with higher priority can be helpful for your ASO efforts.

In the new App Store, automatically playing app videos as in the Facebook, will be possible to include. It looks like; promotional videos are going to be even more important from now on. Having a promotional video on your app page on App Store will be of significant benefit in pulling ahead of your competition in ASO efforts.

In the iOS 10, rating score of an app’s current version was shown on App Store lists along with averages, and when an update was made to the app, this average rating was getting reset.

This meant that especially the developers who upgrade their apps frequently had to rebuild their app’s reputation from scratch with every update. With iOS11, app’s owners can decide when an app’s rating score will be reset to zero.

With iOS 11, search results will not only show app names. The category of the app, developer’s name, in-app purchase functionality and many other features will also be displayed to the user with search results. Therefore, it may be possible to draw additional attention on your app with the features that will show on search results from now on.

To get noticed by the mobile users, it is very important for your app to be able to follow the developments on the app stores. However, if you do not yet have a mobile app to offer to the users, create your MobiRoller account now, and enter the mobile world quickly.