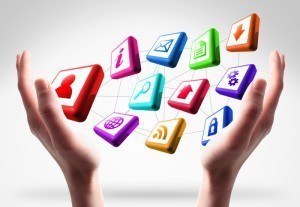 Getting positive comments for your apps in app stores also affects directly the success of the other apps that you will create in the future. Moreover, get positive app reviews help you to go up and improve your recognition.

How to Get positive App Reviews?

While creating a mobile app, after you decide which need of the users to satisfy, you also need to think how to respond the need in other ways from other apps.  Offering more different features than the other apps in app stores may help your app to get positive comments. In order to do this, it may be a good step for you to experience other apps in app stores and develop more useful apps by determining deficiencies of them.

Not to mislead the user

If users recognize that the qualities of the apps are not working properly in the way it is told them, they may reflect it in their comments. In this case, your app may be known as an app that informs the user wrongly and is not preferred because of these negative comments. Therefore, stating the introduction of the app clearly will prohibit the user to be disappointed and these circumstances may have a positive influence on the comments and ratings.

Is your paid app worthy to be paid?

If you created a paid-app or an app that will be paid when it is getting used, you need to be sure that you meet the needs. Apps demanding payment and functions ordinarily are not preferred and returned back often. Moreover, ratings and comments made in the return process may lead the app into a dead end.

For your comments to be more positive, you may award users in some periods of time with surprise add-ons.  Even though these awarded add-ons do not make great differences in an app, they may be responded positively by the users. Updating an app in this way affect the ratings and comments.

For your mobile app to come forth among its competitors, it is important to have a strong connection between you and the users. To provide a trouble-free app to the users, everything you need is in MobiRoller. Come and create your application for free via MobiRoller and have your place in the mobile world as soon as possible.