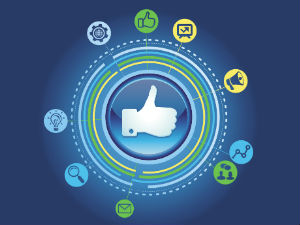 In the mobile world, where the competition between the mobile apps is becoming tougher every day, it becomes very necessary to advertise the apps well.  How to promote Android app on facebook? The company that owns apps often use visual media, app stores and also social media advertising tools in promoting their apps. Ads on Facebook, which is the social media platform that can reach the largest audiences and carry importance for just about any industry, now appear as an advertising venue that needs to be used.

How should the Facebook ads be regarding the targeted audience, what are the considerations when publishing ads?

To use the Facebook ads, creating a nice Facebook page for your app before all else is a good idea. When creating your Facebook page, predetermining the target audience according to your app’s category, similar pages, and original content about your app may make your work easier.

Advertisement visual, which is the first element target audience will meet in a Facebook ad, is highly critical for your ad to achieve its goal. Using the visuals that can draw your potential users among those who have seen the advertisement may be a good approach. You need to follow Facebook’s rules on visuals when creating this visual material. For example, text you may use on visuals cannot be larger than 20 percent of the whole visual. You can get help from Facebook advertisement visuals guide when creating your ads.

Information on demographics of targeted audience such as age, gender, and level of income is another important subject on the promotion of the app and ensuring the advertisement will be seen by right people. Especially on advertising of the paid apps, the success of the app is directly affected by age group and shopping habits of the target audience.

When creating titles for Facebook ads, it may be a good approach to try and describe the app in the best way possible, with least amount words possible. For people thinking about downloading an app to their mobile device, features it offers to the user are highly valuable. Correctly conveying to a targeted audience, how does your app make user’s lives easier may positively influence app’s download numbers.

CPI (Cost Per Install) model, which is ideal for companies that want to have Facebook ads but have a limited budget, can be considered as a cheaper option to start with. With this model, which will cost you per-app downloads referring to the ad, you can see what sort of effect does your ad have and may consider upgrading the ad according to the situation.

When creating your Facebook ads, paying attention to these tips for how to promote Android app on Facebook, may result in savings of both time and resources. If you don’t yet have a mobile app, you can create your app in minutes with MobiRoller. Create your MobiRoller account and quickly take your place in app stores.