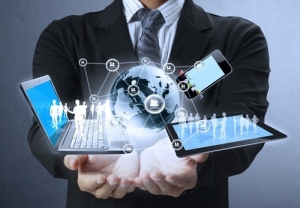 The rise of usage rate in smartphones and tablets has led to an increase in the interest towards apps developed for these platforms all around the world. An app being downloaded by visitors is naturally a sign of that corporation being liked and embraced by these visitors. However, for marketing professionals, this is only the first step in increasing the customer loyalty.

During last few years, there has been a tendency to move from desktop and laptop systems to smartphones and tablets, which was also reflected in the sales, some users connecting the internet from mobile devices has achieved a huge jump. So much so that, while this rate was around 15 percent during 2012, by 2013 it has risen above 30 percent. Studies and tendencies are giving us signs of internet users becoming predominantly mobile ones in next five years. This, in turn, means that the mobile is a venue which is new and promising for marketing efforts of corporations.

You may be providing your customers with very high-quality products or services. You may own a useful and mobile compatible website too. But, as is in every field of marketing, the faster you introduce your customers to the privileges provided by mobile apps, the further ahead you will be from your competition.

According to a study performed by Adobe, while the mean time for tablet users to remain in an app is 24 minutes, this period is close to 13 minutes for smartphone users. These figures are at least three times longer than visits coming from web browsers.

When we look from a marketing point of view, it seems like that mobile apps are much more functional than a mobile website. Also, a compilation of user data for increasing customer satisfaction is easier to achieve via mobile apps.

Apps are preferred over mobile sites

According to experts, apps are more often preferred than mobile websites and their rates of reuse is also high. Design and infrastructure of a mobile app being much easier to update than a website is a prime reason for that.

Usage period of apps is showing an increase

Time which users spend on apps is also rising day by day. At this point, the concept of connectivity comes into play: If you can provide your customers with an app which can work offline just as fine as it does online, this means you will be advantageous in your content marketing efforts. Apps that can work offline does not require their users to have data access. Touristic information and maps are good examples of useful content that can be stored in mobile device’s cache for access at their user’s convenience.

Thanks to the power of mobile apps, it appears possible for companies to turn the increase in rates of mobile usage, into an advantage in increasing their customer loyalty. Mobile application’s effect on CRM, which is an important leg of marketing efforts, appears as one of the leading reasons of mobile apps being preferred. By considering the predictions that every nine people out of 10 will be using a mobile by 2015, we can think that popularity of apps will increase even further shortly. You can develop your app in minutes using MobiRoller and can add value to your work.